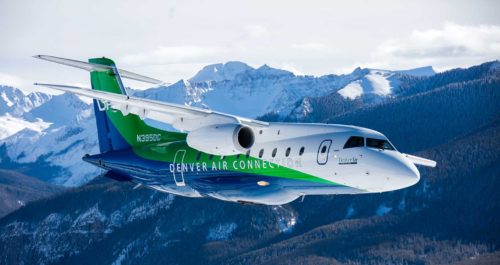 WATERTOWN, S.D.–A new airline will be serving Watertown this summer.

Syhre went on to say Watertown, “will continue to have 12 round trips per week–six to Chicago O’Hare and six to Denver International Airport.”

The service will be provided on twin-engine 50-seat regional jets. The Embraer 145 regional jet has a top cruise speed of 600 miles per hour and a range of over 1,300 miles.

Watertown has been served by SkyWest Airlines, doing business as United Express, since April 3, 2019.

In a statement released today, Mayor Sarah Caron said, “Mayor Caron stated, “while we are disappointed because SkyWest has provided excellent service, we understand the selection and will work with DAC to continue to grow airline service to our region.”