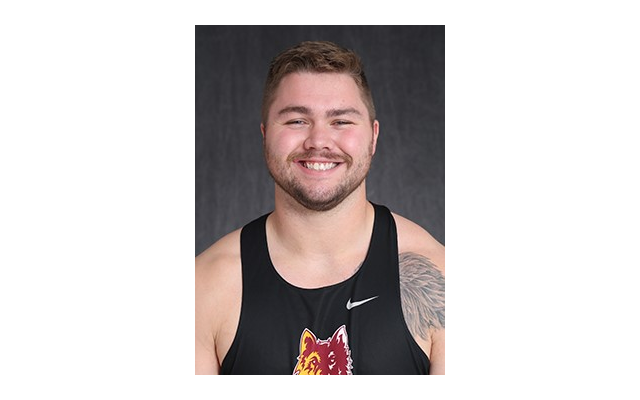 Burnsville, Minn. (NSUWolves.com) – Northern State University track and field senior Tanner Berg was honored as the NSIC Field Athlete of the Year today for the indoor season. It is the second straight honor of Berg’s career.

Berg won eight weight throw events throughout the season in 2021-22. He broke his own school record in the event throwing 22.58m (74-1.00). Berg holds the top throw in NCAA Division II and ranks in the top-10 at the Division I level. In addition, he recorded his third straight NSIC Championship in the event, breaking the meet record with a 21.55m toss.

He will compete at the NCAA Championships this week in Pittsburg, Kansas.