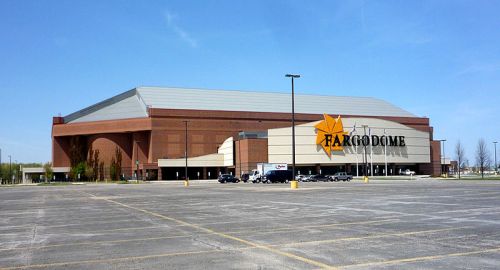 Fargodome presented a new proposal to Gate City Bank, and it has been accepted. The field will continue to be known as the Gate City Bank Field at the Fargodome. The $2.5 million 10-year agreement will help make possible the installation of brand-new football turf.

“We have been incredibly appreciative of our existing relationship with the Bank over the past 10 years and could think of no better community partner to stand alongside through the next decade than Gate City Bank.” said Rob Sobolik, Fargodome General Manager.

“It is important to us to continue to support both Fargodome and North Dakota State University through the next decade,” said Gate City Bank President & CEO Kevin Hanson. “We’re incredibly passionate about investing time and money in our local communities throughout North Dakota and central Minnesota. These communities are where we live and work every day, and we’re proud to call them home.”

The existing turf is being replaced as the underlayment system used to convert the turf system on and off the arena floor has reached the end of life. The turf will be removed in April and will be recycled and reused.

The new surface will be installed in early June.