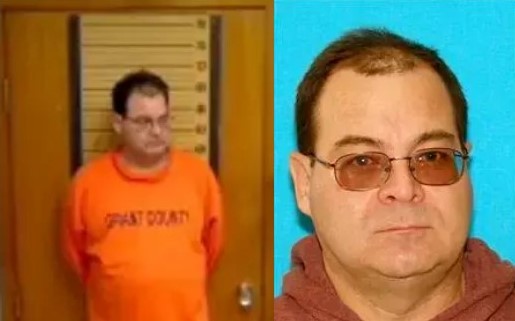 MILBANK, S.D.–A Milbank man will spend the rest of his life in prison for murdering his brother, sister-in-law, and her unborn child.

KWAT News has learned 57 year-old Brent Monroe Hanson appeared in Grant County Circuit Court in Milbank this (Tuesday) morning and pled guilty to three counts of First Degree Murder as part of a plea agreement in which the prosecution agreed to not seek the death penalty.

Circuit Court Judge Dawn Elshere accepted the plea deal, and said each count will run consecutively with no chance for parole.

Brent Hanson, in an interview with police, admitted he, “snapped” when he hit his brother, Clyde Hanson, in the head with a baseball bat on December 12, 2021 at a residential property they both owned, but where they had separate living spaces.

Authorities say Clyde Hanson’s wife, Jessica Hanson, who was nine months pregnant at the time, returned home the following morning and was struck in the head with a machete.

The couple’s bodies were found three days later after police were called to conduct a welfare check.

Brent Hanson had a previous scuffle with the couple six months before their deaths when he was arrested and charged with Misdemeanor Assault and Domestic Violence. He allegedly pushed around the couple after an argument over the care for Jessica Hanson’s dog.

Jessica Hanson’s sister, Jasmine King, in an email to KWAT News said, “we are heartbroken with the State’s Attorney’s brash decision to enter into this plea agreement without our knowledge, nor approval of the family. We were seeking justice in the form of the death penalty.”

Hanson will spend the remainder of his life as an inmate at the South Dakota Penitentiary.