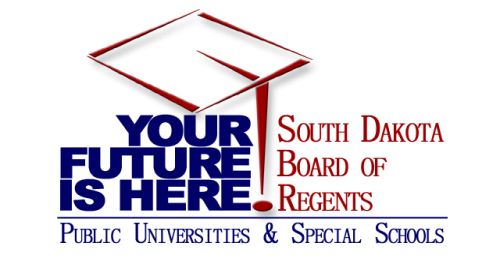 SIOUX FALLS, S.D. (AP) — South Dakota’s Board of Regents on Wednesday ordered a review of university campus events and its policy on minors attending them after a drag show at South Dakota State University last month faced criticism from conservative lawmakers for being advertised as family-friendly.

The Board of Regents met for over an hour with legal counsel in a private meeting before unanimously passing a motion to initiate the review and discuss it at the board’s next meeting. Earlier this week, the Regents requested university presidents to place a moratorium on minors attending events held by campus student organizations.

The actions come after Republican lawmakers criticized a drag show event last month that was hosted by SDSU’s Gender and Sexuality Alliance, which advertised the event as family-friendly and encouraged participants to tip performers.

Joe McCulley, who put on the show for the student organization and performs as Martina Shakers, said organizers received threats on social media leading up to the show. McCulley said it was frightening, but credited the university for increasing security and having a police presence at the event. Later that month, the campus also received a bomb threat, according to the campus police department.

“Is it worth going on stage and risking your life?” McCulley said. “We kind of put that behind us and stepped up and did our job. We were there to entertain the students and that’s what we did.”

Across the country, drag story times — meant to entertain children by appealing to their imaginations — have been targeted with anti-LGBTQ rhetoric, threats and protests.

Samantha Chapman, the advocacy manager for the ACLU of South Dakota said in a statement that drag is a visual expression and celebration of the LGBTQ+ and Two Spirit community that is protected by the First Amendment.

“Attempting to shape the narrative by implying that drag is intrinsically sexual or that gay and trans spaces shouldn’t allow accompanied minors because it promotes sexual deviancy is textbook bigotry — not to mention counter to the conservative values of personal freedom,” she said.

The show under scrutiny in South Dakota was held at a university campus, a space where the Republican-controlled Legislature moved in 2019 to clarify free speech protections. And, according to McCulley, did not have any young children in attendance.

McCulley said drag shows can range from “provocative” performances at nightclubs to “G-rated” performances with singing and dancing. The SDSU show was more “PG-13,” McCulley said, and the only minors who attended appeared to be three high school students who came with a chaperone. McCulley suggested that parents screen drag shows with their children, just like they would any other entertainment.

But some Republican lawmakers are looking to ban minors from attending drag shows.

Republican state Rep. Chris Karr cautioned against the Republican-held Legislature crafting a law specifically for drag shows, saying it was akin to playing “whac-a-mole” and picking on a specific issue. But last month Karr, who chaired the House Appropriations Committee, issued a letter to the Board of Regents requesting it take action on university resources being used for the show. The campus has for years hosted perennial drag shows, but Karr took issue with the event’s “kid-friendly” advertisement on a campus event calendar.

“It is hard to believe that the Board of Regents or SDSU feels it is appropriate to have an event where: ‘drag show’, ‘bring money to tip’ , and ‘kid friendly’ are used in the same sentence,” Karr wrote in a letter to the Regents and SDSU’s president. “I don’t believe that the taxpayers of South Dakota would find this appropriate, nor want their tax dollars spent on this event.”

Karr said Wednesday he condemned violent threats, but felt that the Regents acted only after wider pressure built in the conservative state.

In a meeting earlier this month, the Regent’s executive director Brian Maher said public universities won’t discriminate against student organizations based on their ideologies and will continue allowing equal access to campus facilities. But Wednesday’s decision will mean a review of all campus events.

“We want our campuses to be safe and welcoming places for students, staff, and visitors of all ages,” said Board of Regents President Pam Roberts in a statement Wednesday. “To provide our universities and campus organizations with guidance on events where minors are invited, we have directed staff to expedite the formation of a Minors on Campus policy.”

The Board of Regents next meeting is scheduled in March.