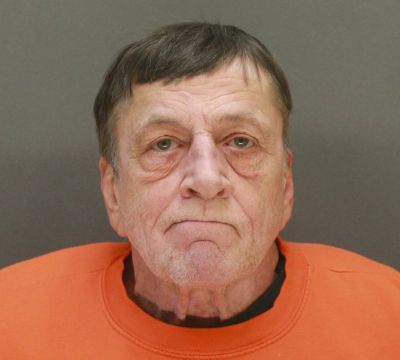 MINNEAPOLIS (AP) — Authorities charged a Minnesota man with murder on Thursday in an attack on a health clinic that left a medical assistant dead and four other staff members wounded, releasing new details of how the assault unfolded while brushing aside questions about whether more could have been done to prevent it.

Charges filed against Gregory Ulrich, 67, describe an attack on an Allina Health clinic that was similar to a mass shooting he had threatened to carry out there in the past. The complaint says Ulrich shot five workers on Tuesday and detonated three apparent pipe bombs.

“There has been nothing recent, in the past several months or even a year, that we would have been aware of where we would have taken immediate action to try to circumvent or prevent what happened Tuesday morning,” Wright County Sheriff Sean Deringer said.

“If we are going to push blame, I would ask that people push blame where blame is due — and that’s on the suspect that decided to go into a Buffalo clinic to victimize people that are truly trying to help their communities every day when they go to work,” he said.

Ulrich is charged with one count of second-degree intentional murder without premeditation, four counts of attempted first-degree premeditated murder, possession of an explosive device and carrying a pistol without a permit. Bail was set at $10 million, or $5 million with conditions.

In October 2018, Ulrich threatened to carry out a mass shooting at the clinic, with a doctor telling investigators Ulrich had talked about “shooting, blowing things up, and practicing different scenarios of how to get revenge,” according to police reports. The doctor said Ulrich told him he dreamed about exacting revenge on the people who had “tortured” him, referring to issues he had with back surgeries and medication.

Police took Ulrich for a mental health evaluation, and Allina took legal action to bar him from the company’s property. A restraining order prohibited Ulrich from contact with the doctor or going into the clinic and nearby Allina-run Buffalo Hospital.

Ulrich tried to plead guilty in May 2019 to violating the restraining order, but a judge didn’t accept his plea. A psychological evaluation was ordered, but court filings show Ulrich was unwilling to leave his home, claiming he was in too much pain. The charge of violating the restraining order was dismissed last April when the prosecutor said Ulrich was found “mentally incompetent to proceed.”

Wright County Attorney Brian Lutes said his office had not dealt with Ulrich since a drunken driving charge in 2006 and that the restraining order violation was a misdemeanor that would have been handled by the Buffalo City Attorney’s Office.

Scott Baumgartner, the city’s prosecutor since April, said rules of criminal procedure state that for misdemeanor cases, if a person is found incompetent, the charge must be dismissed. He had no additional information about what happened that predated his time as city prosecutor, and said his office has limited involvement once a case has been dismissed. He said “anything else that should’ve, could’ve or would’ve been done would’ve been with the county … We just handle the prosecution.”

When asked whether Ulrich fell through the cracks, Baumgartner said: “It’s tough because it’s easy to sit and play second guesser or armchair quarterback, and it’s really not for me to decide.” He said he doesn’t know if Ulrich ever received mental health services.

Sue Abderholden, who heads the Minnesota chapter of the National Alliance on Mental Illness, said Ulrich’s restraining order case appears to be like many in which defendants are deemed incompetent but don’t meet the threshold to be committed, offering no mechanism to ensure they seek treatment.

According to the charges, staff asked Ulrich if they could help him when he entered the clinic, but he pulled out a handgun and shot one staff member in the back and another in the abdomen. He then went into the clinic’s interior and shot a third person twice in the upper leg as that person was trying to flee, and he shot a fourth person six times, including in the chest, abdomen and back.

His fifth victim, who died from her wounds, was shot in the abdomen, and the bullet passed through her liver and spine, according to the charges. Allina identified her as Lindsay Overbay, a 37-year-old medical assistant who family and friends said had two young children.

Three victims remained hospitalized Thursday, one in fair and two in good condition.

Ulrich also set off three homemade bombs — two in the clinic’s lobby and the other in an adjacent hallway, Deringer said. Authorities recovered a fourth device that didn’t explode. When the attack was over, Ulrich called 911 and said he would surrender. Officers found him lying in the clinic’s entryway with his arms outstretched. He had 49 rounds of ammunition left.

Ulrich’s cellphone had a rambling video he had made that alluded to an incident at the clinic, the charges say, which Lutes said indicated intent. The video wasn’t made available. Buffalo’s police chief, Pat Budke, said Tuesday that Ulrich had a long history of conflict with medical clinics in the area and was unhappy with care he had received.

Deringer said some staff members escaped during the attack and others grabbed people and locked themselves inside offices.

“If you could imagine the health care workers in that clinic — doctors and nurses caring for their own co-workers after they had been shot. … I can’t imagine the heroism that was displayed by the Allina staff that day,” Deringer said.