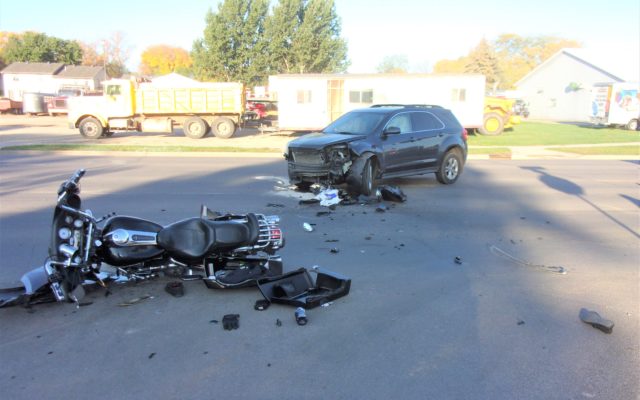 Watertown Police Corporal Jeremy Bjerke says it happened just after 8:30 at the intersection of 10th Street Southwest and 2nd Avenue.

Twenty eight year-old Abby Katz of Watertown was driving a 2010 Chevy Equinox and was waiting at the intersection to make a left turn. When she did, she collided with the motorcycle.

Werkmeister was taken to Prairie Lakes Hospital. Katz was not injured. However, she was cited for failing to yield to oncoming traffic.

Bjerke says charges against Werkmeister are pending, but did not indicate what those charges are.