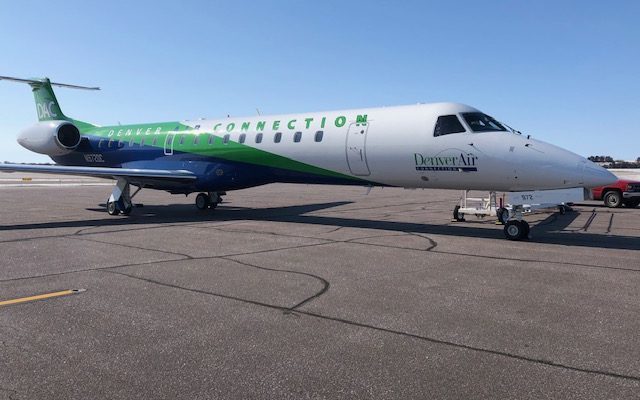 WATERTOWN, S.D.–The U.S. Department of Transportation (DOT) has ended any doubt about who Watertown’s Essential Air Service provider is, and will continue to be.

In an order released today, the DOT rejected calls from SkyWest Airlines, Governor Kristi Noem’s office and the city of Watertown to re-bid the two year contract.

In April, the DOT awarded the bid to Denver Air Connection (DAC) over competing bids from SkyWest and Boutique Air.

SkyWest, in its attempt to get a re-bid, said SkyWest claimed DAC would offer fewer seats, less connectivity and higher fares.

In its ruling today, DOT said awarding the bid to DAC was, “appropriate and justified.”

Coleman says a primary reason the DOT chose Denver Air is that their federal subsidy is about half of what SkyWest bid….

SkyWest has continued to serve Watertown, even without the federal subsidy afforded the Essential Air Service provider, and Coleman says Denver Air has been holding its own against them in terms of passenger boardings…

The two year contract to serve Watertown runs thru May 31, 2023.