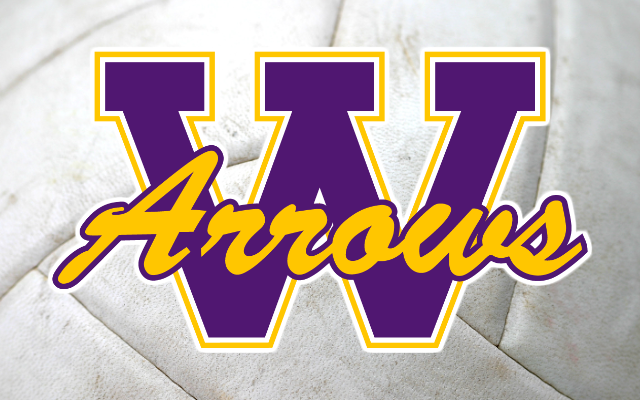 HURON, S.D. (GoWatertown.net) Watertown Arrow volleyball battled to a 3-1 record at the Huron Invitational on Saturday.

The purple and gold’s only loss on the day was game one to Sioux Falls Christian 25-21, 25-27, 25-17. Hannah Herzog tallied six kills, Emily Tisher had five. Emily Thury had five assisted blocks on defense while Kendal Paulson had 18 digs.

Watertown’s first win of the invite came in game two against Mitchell 25-22, 17-25, 25-21. Grace Corey had three aces at the serving line, Tisher, Paulson and Thury each collected six hills and Addi Johnston had 13 digs.

Watertown would down Spearfish in match three of the afternoon 25-20, 25-16. Eve Hauger and Paulson each had four kills. Paulson, Rohde and Corey each had two aces at the serving line while Rohde and Corey had eight and seven digs, respectively.

Watertown got the W in the final match of the Huron Invite Saturday over Brandon Valley 25-21, 29-27. Tisher had nine kills and Herzog smacked five. Rohde had 11 digs while Falconer had nine. Thury also had one solo block at the net.

Watertown volleyball (3-2) will travel to Marshall, Minnesota on August 30th.