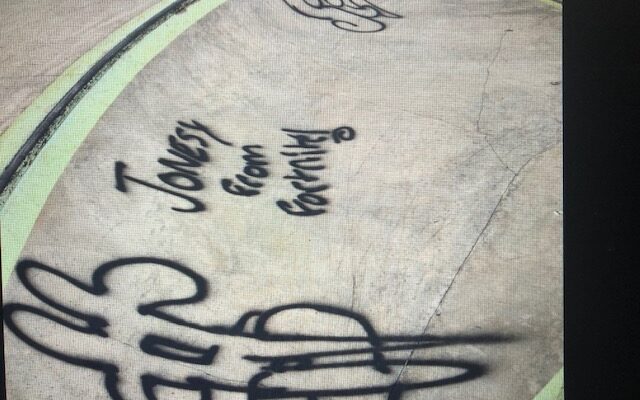 WATERTOWN, S.D.–Watertown police say several juveniles and one 18 year-old adult have been identified as being responsible for recent graffitti vandalism at Watertown’s skate park and two other locations.

Police Captain Kirk Ellis says the juveniles who are first time offenders will be referred into a diversion program at the Boys and Girls Club, where they’ll be given an opportunity to make amends for their actions without going through the court system.

The other juveniles and the adult could face charges.

Police have not said exactly how many people were involved in the vandalism.