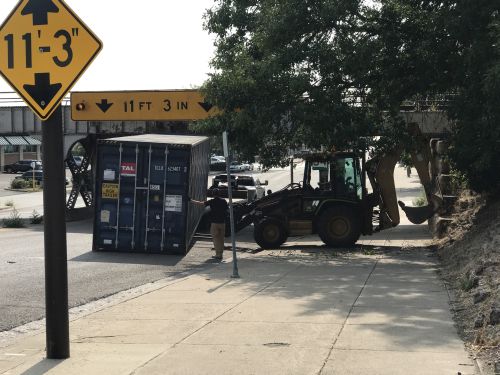 PIERRE, S.D.–A man from Georgia is the latest person to fall victim to the train bridge along a major route of travel in Pierre.

Information from the Pierre Police Department says Patrick Boateng of Powder Springs, Georgia, was driving a truck southbound on Pierre Street Thursday afternoon pulling a trailer with a storage container.

Boateng misjudged the height of his cargo and struck the train viaduct. The container came off the trailer and struck a parked vehicle causing $300 damage to that vehicle.

There was no damage to the bridge and no citations were issued. Damage to the storage container was not listed in the report.

This was the 3rd incident this week involving Pierre’s infamous train bridge.