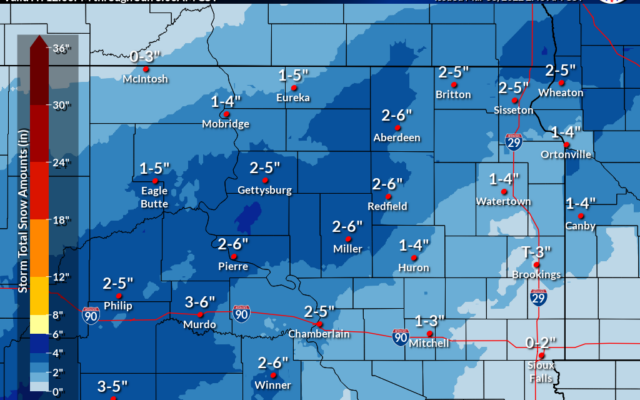 WATERTOWN, S.D.–Forecasters say a weather system will impact South Dakota this weekend, but it does not appear it will pack the punch they initially thought.

Areas west of the James River Valley have been very dry this winter. They could use precipitation, whether it be in the form of rain or snow…

In terms of early March temperatures, Kleffman doesn’t see anything too extreme either way…