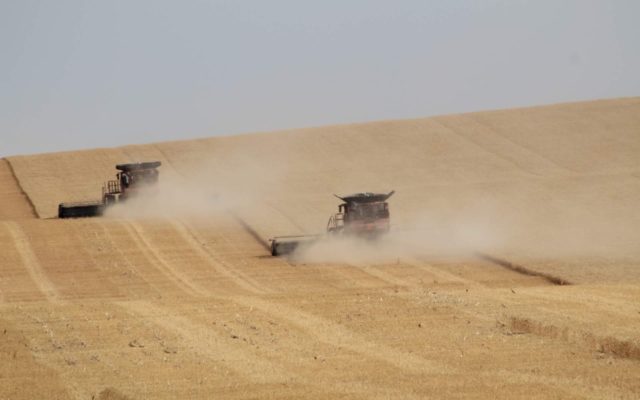 Taylor Sumption is a crop farmer just north of Aberdeen. He said the higher interest rates will make his annual loans cost more for things like putting his crops in the ground.

Farming is a loan-reliant industry. Multiyear loans are often needed for purchases like land and equipment. And many farmers take out annual loans to cover expenses like fertilizer, feed and seed. Farmers need those annual loans because they make much of their money in the fall when they harvest and sell crops.

Joshua Haiar of South Dakota Searchlight (southdakotasearchlight.com) reports the Federal Reserve Bank of Minneapolis’ quarterly survey of agricultural credit conditions shows interest rates for operational loans jumped almost two percentage points from the first to the third quarter of 2022. And those rates have continued to climb.

The Wall Street Journal Prime, an average of the ten biggest banks’ interest rates for their most credit-worthy customers, moved up to 7.5% on Dec. 15.

The last time the rate was that high was in 2007. The rate was about four percentage points lower the previous year, and the Federal Reserve expects interest rates to continue climbing.

“We just haven’t seen that variable move up in such a dramatic fashion in a long time,” Moe said.

And while the industry has navigated higher interest rates, Taylor Sumption said planting a crop is already more expensive today due to inflated fuel, fertilizer, seed and machinery prices.

“People my dad’s age experienced 20% interest,” Sumption said. “That would be absolutely crippling if we ever saw that now, but at the same time, the cost of putting in an acre of corn today is probably five or six times, if not more, in total cost.”

That means interest rates don’t have to rise much for farmers to feel a big difference, according to South Dakota State University crop business specialist and farmer Jack Davis.

“Rates could be four percent higher this year,” Davis said. “So if we talk $1 million in a line of credit that we use, that’s another $40,000 increase over the prior year, just from interest rates, not counting inflation. It’s a huge factor.”

Farm and ranch production expenditures for the Plains Region were already up 16 percent from 2020 to 2021.

First National Bank’s Kevin Moe said keeping the value of the farm’s assets (like land) ahead of its short-term debts (like annual input loans) and maintaining good cash flow are what make for a robust farming operation.

However, Taylor Sumption said that while high land values are good collateral for loans, the higher taxes that have to be paid are another annual business expense.

“I don’t care what land’s worth,” Sumption said. “I only care what it cost me because I’m never selling it.”

Moe said U.S. agriculture has learned a lot from past turmoil and is more capable of navigating economic hardships today, because of stricter lending practices, better insurance and subsidies, and global communications that allow the industry to better anticipate market swings.

“While not immune, we have very sophisticated business people in this industry,” Moe said. “Risk management tools are something today’s producers are well aware of and using.”