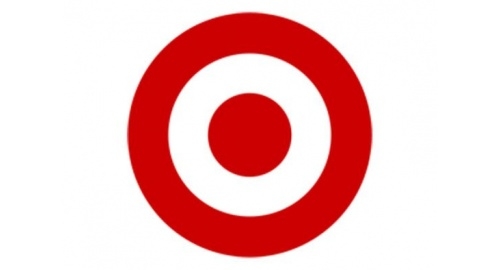 NEW YORK (AP) — An unexpected and potentially ominous pullback in customer spending ahead of the holiday shopping season pushed third quarter profits at Target down 52% after it was forced to slash prices for Americans who are feeling the squeeze of inflation.

The Minneapolis retailer voiced caution about its sales and profit during the fourth quarter because of what its seen from its customers in recent weeks.

Target also said that it will be slashing expenses with a goal of saving $2 billion to $3 billion over the next three years. Those cost cuts will not include layoffs or hiring freezes, executives said.

Sales weakened significantly in the weeks leading up to Oct. 29, the end of the most recent quarter, with more customers refusing to pay full price and waiting for sales, said Chairman and CEO Brian Cornell. They’re also buying smaller packages and trading down to instore brands. That trend pushed quarterly profit far below the expectations of both Target, and Wall Street.

Shares of Target Corp. slid 14% before the opening bell and it dragged down other major retailers as well. Macy’s and Kohl’s fell 3% to 5%. Even Walmart, which topped profit expectations and raised it expectations for the year when it posted quarterly earns Tuesday, fell 2%.

“It’s an environment where consumers have been stressed,” Cornell said. ”We know they are spending more dollars on food and beverage and household essentials. And as they are shopping for discretionary categories … they are looking for that great deal.”

Cornell said that mindset will continue through the holiday shopping season.

Target has taken a bigger hit than its rival Walmart and the disappointing performance comes after a streak of stellar quarterly profit and sales results.

The disappointing quarter follows Target’s nearly 90% tumble in profit in second quarter and a 52% drop in the first. In early June, Target warned that it was canceling orders from suppliers and aggressively cutting prices because of a pronounced spending shift by Americans as the pandemic eased.

Retailers were blindsided by the lightening-fast shift by consumers from spending on things like TVs and small kitchen appliances, to dinners out, movies and vacations. Adding to that shift: surging inflation has created less wiggle room for discretionary purchases like new clothing.

Revenue rose 3.4% to $26.52 billion compared with the year ago quarter. The sales came above estimates for $26.41 billion, according to FactSet.

Comparable sales increased 2.7% — those that come from stores and online — on top of a 12.7% growth last year.

Cosmetics, food, beverage and household essential drove sales, offsetting weakness in discretionary items. There were some bright spots — Target gained market share across all five of its key merchandise categories based on the number of items sold. And Cornell said that shoppers are ready to spend when it comes to such events as Halloween and the back-to-school season.

The quarterly operating income margin rate was 3.9% in 2022, compared with 7.8% in 2021 as markdowns hit profits, as well as rising theft and merchandise and freight costs.

The company also said that it is seeing theft at its stores grow. Executives told reporters on a call that the chain booked more than $400 million in losses from theft so far this year.

Target said that because of the softening of sales and profits toward the end of the reporting period, the company will plan for a “wide range of sales outcomes in the fourth quarter.”

Target said that it expects a low-single-digit decline for comparable sales for the fourth quarter with an operating margin rate of around 3%.