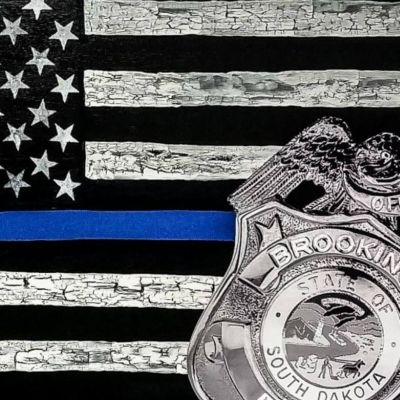 BROOKINGS, S.D.–Brookings Police and the South Dakota Highway Patrol made a huge meth bust over the weekend.

Brookings Police Detective Adam Smith says it started with a traffic complaint at about 9:30 Sunday morning. Officers located the vehicle at a gas station on the 3000 Block of
Lefevre Drive.

While speaking with the occupants, an officer observed factors of criminal activity.  A police dog at the scene detected the presence of drugs.

A search of the vehicle uncovered about 30-pounds of suspected meth and one-pound of fentanyl. Officers also seized $5,100 cash. The estimated street value of the drugs is $150,000.

According to court records, both men have previous criminal activity.