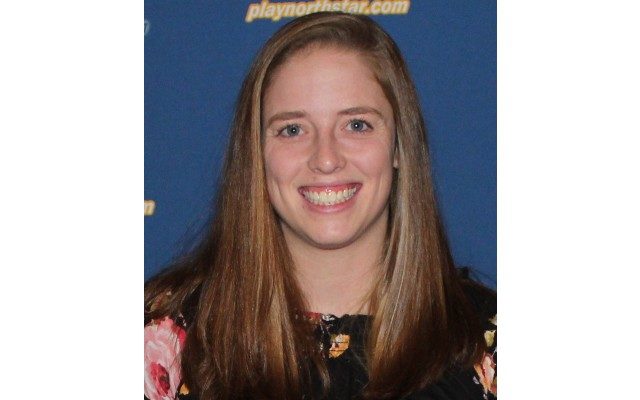 MADISON, S.D. (DSUAthletics.com) – Dakota State University Trojan volleyball head coach Amy Veenhof, who is entering her twelfth season this fall, is excited to announce the hiring of Samantha Zell as the next assistant coach.

Zell is no stranger to the DSU volleyball team where she has been an athlete for the past four years. She fueled the Trojans a pair of impressive back-to-back winning seasons (2018 and 2019), which included a trip to the North Star Athletic Association conference postseason’s championship match each year.

This past season, Zell was an integral member of the Dakota State volleyball team that was ranked in the NAIA Volleyball’s Top 25 national poll and earned an at-large bid to the national tournament’s opening round for the first time in school history.

Zell was selected to the NSAA Volleyball and American Volleyball Coaches Association/NAIA Region First Team for the last two seasons. She led the team with 118 blocks in 2019, accumulating a total of 355 blocks during her career at Dakota State. Her career blocks rank her third all-time in the DSU volleyball school record book. She also tied a single-match school record with 10 blocks versus Waldorf (Iowa) on Oct. 4, 2019.

She resides in Madison.