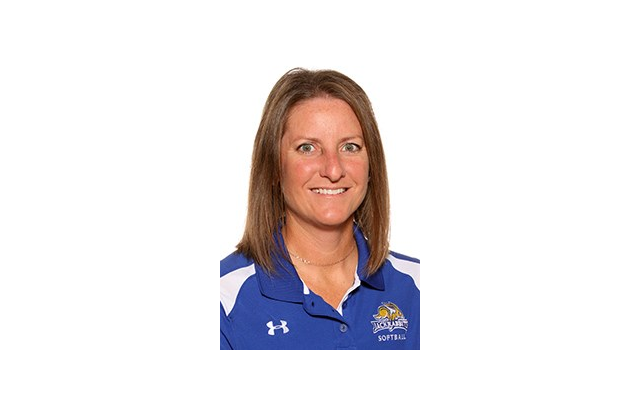 A two-time Summit League Coach of the Year honoree (2018, 2021), Wood is entering her eighth season as head coach in 2022 and has led the Jackrabbit softball program to new heights during her tenure in Brookings. SDSU is coming off the most successful season in school history – one in which the Jackrabbits amassed a 43-8 record, won the 2021 Summit League regular season and tournament titles and advanced to their first-ever NCAA regional appearance at the Division I level.

Wood’s 2021 squad tied the school single-season record for wins with 43, including a victory over Stanford in its NCAA tournament opener. Wood and her staff were one of 10 programs in the nation to be recognized by the National Fastpitch Coaches Association as a 2021 Division I Regional Coaching Staff of the Year.

Already the program’s winningest coach, Wood has accrued a 197-151 record in her seven years at the helm of the Jackrabbit softball program, posting winning records each of the last four seasons.

SDSU won 37 games in both the 2018 and 2019 seasons, qualifying for the National Invitational Softball Championship each year. Wood was named the Summit League’s Coach of the Year for the first time in 2018 while guiding her team to a then-program-record .673 winning percentage, surpassing the 35-win mark for just the second time in history.

Her 2020 squad notched a 15-8 record before the remainder of the season was canceled to the COVID-19 pandemic.