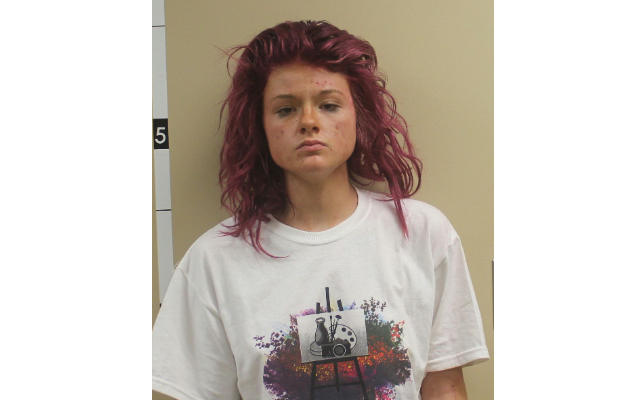 CLARK, S.D.–A woman was arrested in Clark County Friday following a series of events that began with a gas drive-off in Henry.

Clark Police Chief Jeremy Wellnitz says authorities located the vehicle suspected in the gas drive-off, but the driver ignored emergency lights and fled, causing a collision with another motorist.

A search was completed. but it did not result in locating the driver.

Several hours later, a person matching the description of the suspect was reported to be driving a tractor just west of Clark.

Authorities were able to stop the tractor on Highway 212 near 421st Avenue. That’s where the suspect–20 year-old Jayden Durick (pictured) of Sioux Falls–was taken into custody.

Durick was being held in the Codington County Jail on $20,000 cash only bond, and was wanted on a warrant out of Nevada.