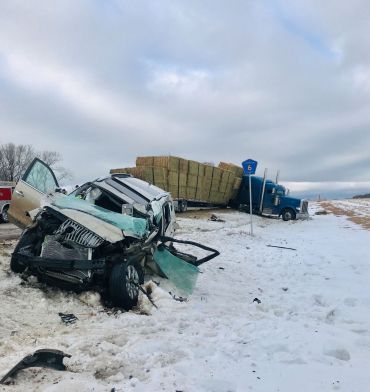 The semi truck and trailer were westbound on 164th Street when the driver, 47 year-old Potter Unruh of Ozawkie, Kansas ran a stop sign at the intersection of 447th Avenue.

The semi collided with a northbound car. Both vehicles went into the ditch, with the car rolling onto its side.

The 56 year-old woman driving the car sustained serious, non life-threatening injuries, and was taken to Prairie Lakes Hospital in Watertown. Her name was not released.