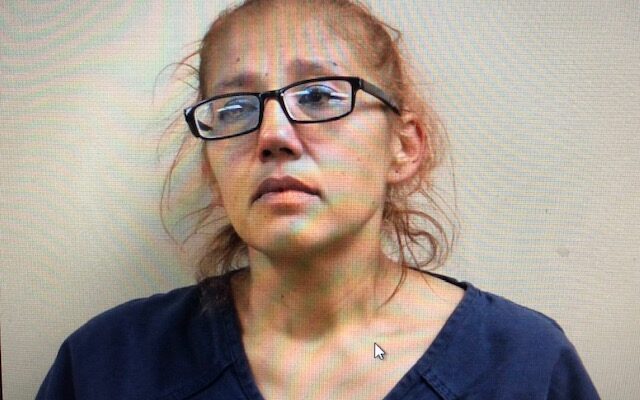 It began just after 10:30 when a deputy observed a black Chevy Impala traveling southbound near mile marker 180 on Interstate 29, without a license plate, and weaving on the highway.

A traffic stop was initiated and the car came to a stop at the Watertown off ramp. But as the deputy approached the car, the suspect took off again.

A chase ensued at speeds of around 80 miles per hour that went north and west on a number of roads before ending near Dakota Sioux Casino. That’s where the suspect drove through a cornfield and the car became stuck. By the time deputies got to the car, the driver was gone, but they found meth and drug paraphernalia in the vehicle.

Thennis was also wanted on an arrest warrant in Minnehaha County for Cruelty to a Minor.

She’s being held in the Codington County Detention Center.