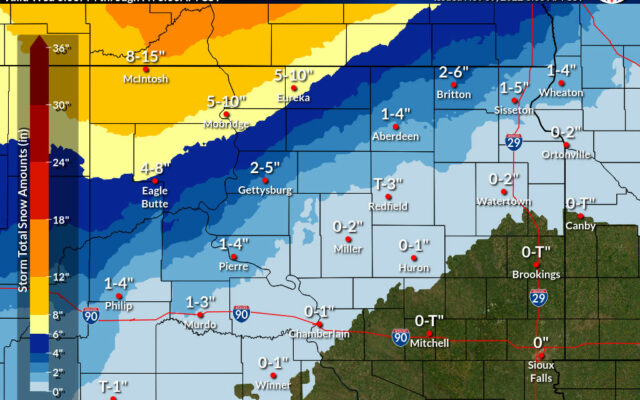 ABERDEEN, S.D.–The National Weather Service (NWS) continues to keep a watchful eye on a strong storm system that will sweep into the upper Midwest Wednesday night.

Precipitation across central and eastern South Dakota will begin in the form of rain, but as temperatures get colder on Thursday, rain will eventually transition to snow, and high winds will kick in.

At this point, forecasters believe the heaviest snow potential in South Dakota is across the north central portion of the state, where areas could get upwards of a foot of snow.

Along the Interstate 29 corridor, amounts will be much less, from a trace to a couple of inches.

The storm system will also usher in much colder air. Weekend lows in the Watertown area will be in the single digits, with daytime highs struggling to get much above 20 degrees.