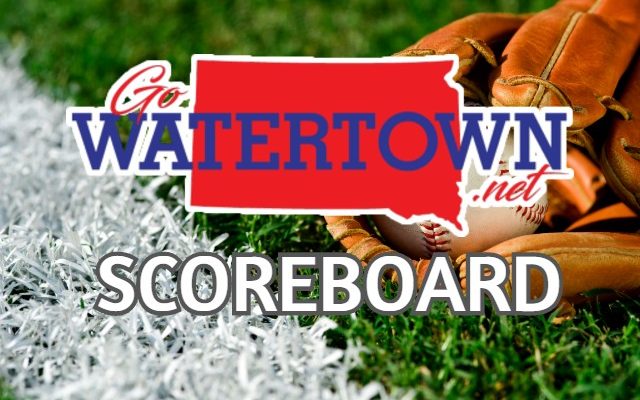 Legion Baseball
Class B Tournament at Lock/Karst Field in Groton

Friday
Tabor 12, Big Stone City 0 F/5
Big Stone City’s hot streak would be halted by Tabor 12-0 in the opening round of the Class B Legion Tournament on Friday. The game was called in the fifth inning due to the 10 run rule. Carter Powell and Adam Strel would collect the only two hits for the Badgers in the game. Joshua Mueller would go two and two-thirds on the hill, allowing nine hits, nine runs, fan three, and walk one on 67 pitches.  Hunter Merritt and Carter Brown would finish out the game in relief.

Lake Norden/Badger 4, Groton 0
Lake Norden Badger would put down eight hits en route to a 4-0 win over the host Groton at the Class B Legion Tournament on Friday. Christian Rodriguez would have two hits and Jackson Noem would send two past the plate.  Nicholai Arbach would toss six and two-thirds on the hill, striking out seven and issuing 16 first-pitch strikes.

Saturday
Vermillion 14, Big Stone City 0
Big Stone City never found its groove as they were eliminated from the Class B Legion Tournament on Saturday 14-0. The game was called in the fifth inning due to the 10 run rule.  The Badgers would put down four hits in the game.  Deaven Boots would throw three innings on the mound, strike out four and issue 14 first-pitch strikes.  Big Stone City ends its year with a record of 8-16.

Madison 9, Lake Norden/Badger 2
A two-hit, two RBI afternoon by Jackson Noem wasn’t enough as Lake Norden/Badger fell to Madison Saturday at the Class B Legion tournament 9-2.  Noem would also toss six innings on the hill, striking out six while issuing 16 first-pitch strikes.  The loss would send Lake Norden/Badger to the loser out side of the bracket.

Sunday
Vermillion 8, Lake Norden/Badger 4
Lake Norden/Badger’s season would come to an end Sunday at the hands of Vermillion 8-4 in the loser-out game of the Class B legion tournament.  Cameron Thue and Luke Steffensen would have two hits for Post 260.  Thue would also toss three and two-thirds on the mound, striking out three and tossing 11 first-pitch strikes.