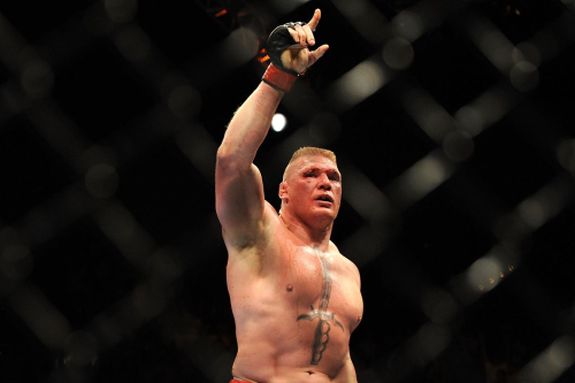 MINNEAPOLIS, Minn.–International superstar Brock Lesnar has been named as an honorary Gophers coach for the team’s Big Ten opener against Wisconsin on Friday January 10,2020 as the program celebrates the 20th anniversary of his NCAA Championship.

The 2000 NCAA National Champion will be honored during the dual as he celebrates the anniversary of his 3-2 victory over Iowa’s Wes Hand in sudden victory. Plus, all kids in eighth-grade and below will get the opportunity to take a group photo with the legend.

Lesnar, a two-time NCAA finalist in Maroon and Gold, is now known worldwide for as a WWE and UFC Champion.

After graduation the Webster, South Dakota native moved on to the WWE where he grew into stardom. “The Beast” has the most reigns (three) and days (688) as WWE Universal Champion in history.

Lesnar then found immediate success in mixed martial arts as he became the UFC Heavyweight Champion at UFC 91 on Nov. 15, 2008. Once again Lesnar would hold onto the belt for an extended duration, this time for 707 days with a pair of title defenses.

Lesnar has returned to Minneapolis several times in the past few years to teach, mentor, and even wrestle the next generation of Gophers.

Not only is Lesnar’s return exciting, but the Gophers dual against the Badgers is deserving on it’s own. The rivalry match-up features seven top-ten wrestlers including four bouts between ranked competitors.