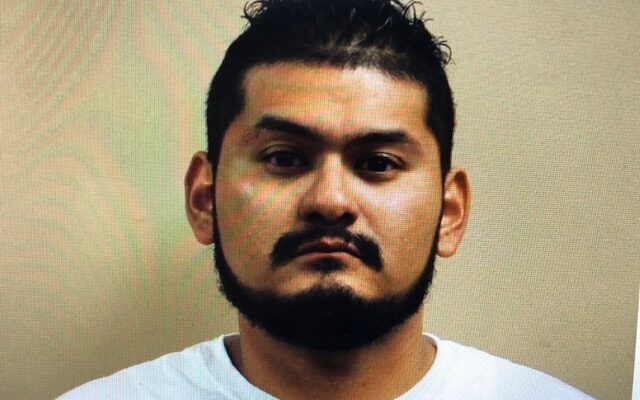 The driver continued eastbound at a high rate of speed before coming to a stop on 15th Avenue Southeast.

The driver, 30 year-old Hector Simental (pictured) of Hanley Falls, Minnesota, was driving without a valid license. He had an open container of alcohol in the vehicle, and the deputy also found cocaine packaged in several small baggies, a scale, uspecified pill capsules and marijuana.