Watertown swept for just the third time this season 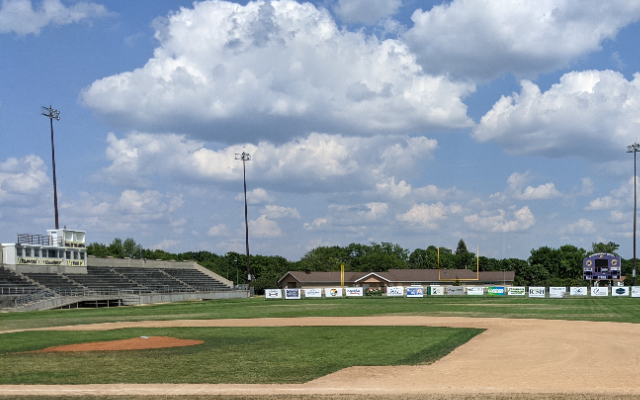 WATERTOWN, S.D. (GoWatertown.net) — Watertown Post 17 would be swept for just the third time this season, this time at the hands of Fargo Post 2.

Watertown would end up on the wrong side of a pitcher’s duel in game one, 4-1. Kade Russell would go six and a third on the hill for the purple and gold, allowing eight hits, four runs, walk two, strikeout two on 98 pitches. Ben Althoff’s solo shot in the 6th inning would be Watertown’s only run of the game.

Fargo would put down a three-spot to lead off game two and never look back en route to an 8-4 doubleheader sweep. Watertown would come back with three runs in the seventh inning, have the bases loaded but come up just short. Multiple Post 17 players would have a hit in the game led by Jerod Cyrus with two hits and one RBI. Andrew Czech would go four innings on the hill in a starting role, would throw 64 pitches, allowing seven hits, four runs, walk one, and fanned one.

Watertown Post 17 Coach Ryan Neale on the one bright spot on the night, game one pitcher Kade Russell:

Watertown will have the weekend off for the Fourth of July and travel to Brandon next Tuesday. Coach Neale says this is a big game in terms of power point seeding for the Super Regionals: