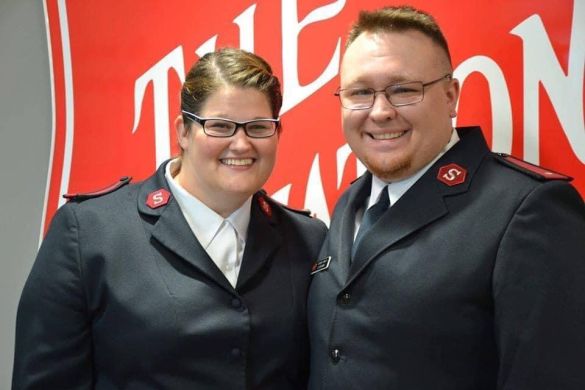 WATERTOWN, S.D.–The new officers taking over leadership of the Watertown Salvation Army have been announced.

Captains Dennis and Kelly Jolly will assume their leadership responsibilities in Watertown on June 28th.

They come to Watertown from Burlington, Iowa.

Dennis Jolly has been an officer for five years and has been stationed in Burlington since being commissioned and ordained in 2016.

Kelly Jolly has a Bachelor of Arts Degree in Religion. She began working for the Salvation Army in Jacksonville, Illinois as youth development coordinator.

She later worked for the Salvation Army in North Platte, Nebraska, and in the Wisconsin cities of Beloit and Madison.

Dennis and Kelly Jolly married in March of 2020.

The Jolly’s have a daughter, Brooklyn, and three dogs, Addie, Rory and Leia.

They look forward to ministering together in Watertown.