Watertown runs into Arbagast in game one, bats come alive in game two for split of Renner Royals 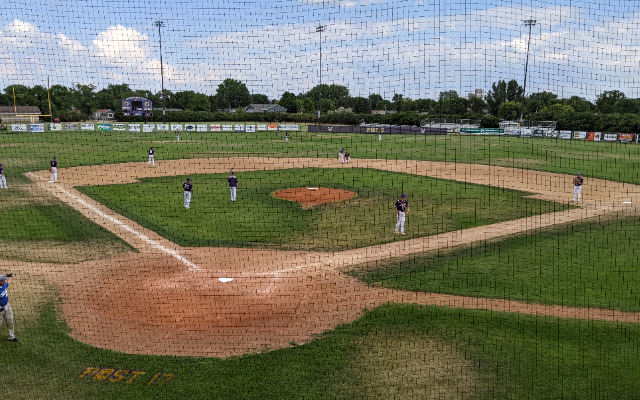 The purple and gold would run into South Dakota State commit Reece Arbogast in game one who would take a no-hitter into the sixth inning. Zach Hirsch would break that no-no with one of Watertown’s three hits on the night. Watertown would finally get on the board in the seventh inning with Kale Stevenson’s sixth home run of the year:

Final 9-2 Renner in game one. The Royals would drop down 12 hits total in the game. Arbogast would throw the complete game, allow three hits, two runs, and fan seven on 90 pitches. Kale Stevenson would throw five and two-thirds allow nine hits on seven runs, fan nine and walk seven on 108 pitches.

The bats would come alive for Post 17 in game two for a 10-3 win. Zach Hirsch would have a four-hit, one RBI night. Ben Althoff and Breadon Zaug would each drop-down two hits and one RBI. Jerod Cyrus would throw six and one-third on the hill for five hits, three runs, two strikeouts, and walk five. Connor Hanson would close the game with 7 pitches.

5 and 7 p.m first pitches on the Talk fo Watertown 1480 KSDR with video at GoWatertown.net/Post17