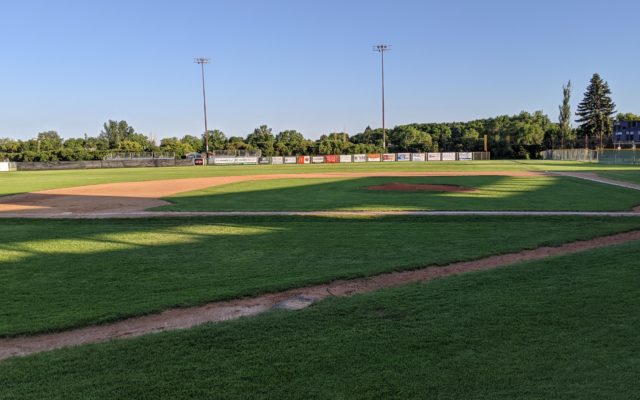 Coming into Tuesday, Brandon sat number one in the latest power points ranking (45.8571) and Watertown sat fifth (42.5625) so the stage was set for a top 5 match-up in the state.

Game one would be a 9-4 win for Post 17.  Evan Falconer would lead the charge with two hits and three RBI’s.  Braxton Lacher would contribute one hit and two RBI’s.  Post 17 would rack up ten hits total in the game.

Kale Stevenson was credited with the victory on the mound as he surrendered four runs on five hits over six innings, striking out four.

Game two was a 12-7 win for the purple and gold.  Mason Evans smacked four hits and four RBI’s. Watertown would collect 13 hits in the game.

Zach Hirsch got the win on the mound going four and one-third innings, allowing six hits and seven runs while striking out seven.

Watertown Post 17 (19-8) travels to Runner for tournament play this weekend.

Full postgame interview with Coach Neale is below.