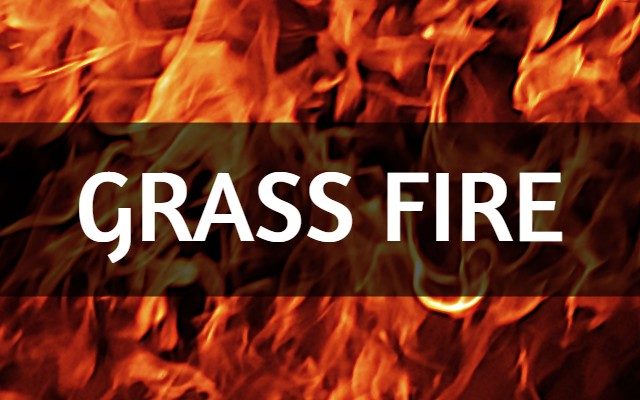 WATERTOWN, S.D.–Firefighters from Watertown Fire Rescue responded to a grass fire west of the city on Wednesday afternoon near the intersection of Highway 212 and 450th Avenue.

Two brush trucks and one tender were used to quickly extinguish a small grassy area.

Fire crews were able to stop the flames from entering a nearby shelter belt and a soybean field.

It appears a downed power line was the cause of the fire, burning an area of roughly 300 feet by 50 feet.

The power line had burned away from the top of the pole and was resting on a crossmember lower down on the pole. Utility crews from Codington Clark Electric along with East River Electric were dispatched to tend to the line.