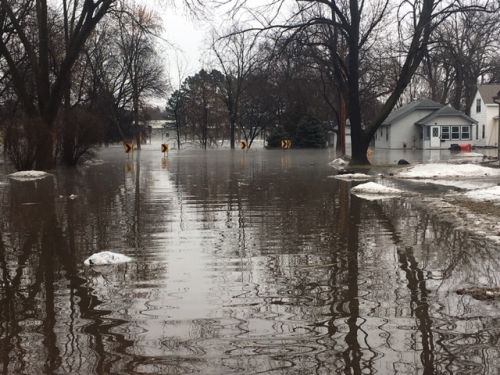 WATERTOWN, S.D.–With spring just around the corner, it’s the time of year where communities that are along, or divided by a river, begin to pay attention to flooding potential.

Watertown, which has experienced flooding from the Big Sioux River several times in the past, is one of those cities.

But a flood control study by the federal government has been slow to come to fruition.

Seven years ago, the U.S. Army Corps of Engineers approached the city about sponsoring a feasibility study for an updated flood control plan.

Fast forward to Tuesday night’s city council meeting, where the city was asked to accept a state grant that would cover half of Watertown’s cost to get that study to the finish line.

The council voted to accept the state grant for just under a quarter-million dollars.