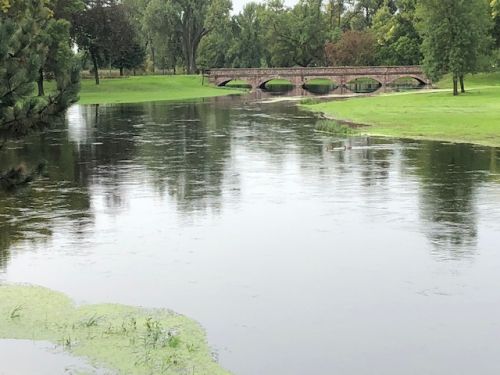 Nitrate levels in the river, fueled in part by agricultural fertilizer runoff, are also rising.

The group reports that over 75% of water samples taken throughout 2022 had E. coli levels considered “unsafe for emersion.”

The primary cause of the unsafe levels is cattle feces, which runs off from farms after rainfall events and makes its way to public waters. A water sample taken just south of Brandon two days after record rain showed E. coli levels almost 200 times higher than allowable limits.

Some Sioux Falls residents want to see the state do something about contaminants. A river with high levels of E. coli running through the state’s largest city is not safe, they say – especially given children play along the river.