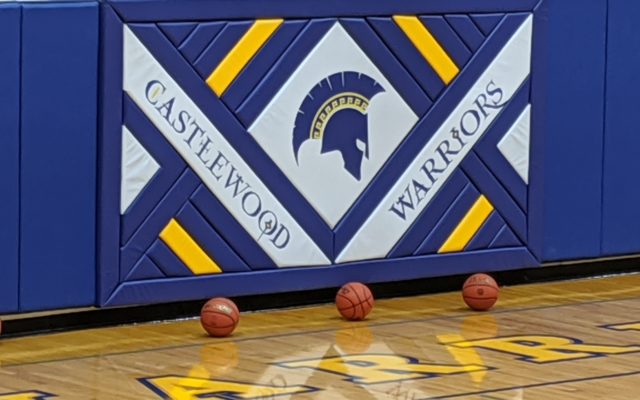 WATERTOWN, S.D. (GoWatertown.net) — The Castlewood Girls Basketball season was on a roll. The Warriors made the Girls State B Basketball Tournament as a seven seed with a record of 17-5 and upset second seeded Ethan 45-43 in the opening round of tournament play March 12th. Tournament play would be suspended the next day due to the COVID-19 pandemic.

The South Dakota High School Activities Association brought forth proposals at their March meetings to restart Girls B tournament in June. Coach Tvedt says that kept the team hopeful:

The SDHSAA officially cancelled the Girls State B Tournament April 6th due to the coronavirus pandemic, ending the Warriors season with a record of 18-5.

To hear the full interview with Castlewood Warrior Coach Leslie Tvedt, click the player below.