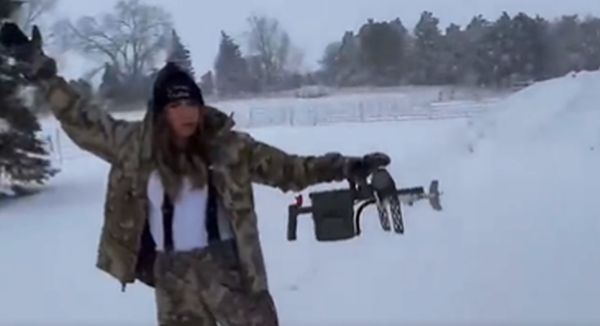 Noem’s staff gave her a Pulsefire LRT flamethrower with an engraved plate of the state motto “Under God, the people rule.”

A video posted to Twitter  shows Noem decked out in camouflage torching a pile of cardboard boxes on a snowy farm.

According to Tennessee-based ammunitions company MidSouth Shooters, a Pulsefire LRT costs about $650.