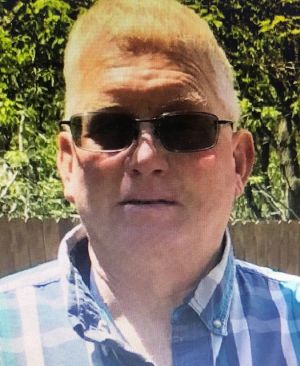 Authorities have been looking for 67 year-old Richard “Butch” Carpenter (pictured), whose last known location was in the Bitter Lake area near Waubay around nine o’clock Sunday night.

The search for him began Monday, with no success.

On Tuesday morning, search crews were out once again, on and around Bitter Lake, looking for clues.

Williams says they found Carpenter’s fish house on shore, but there was no sign of him or his vehicle.

On Tuesday afternoon, Williams contacted KWAT News Director Mike Tanner again, saying, “the search for the missing person (Carpenter) has been suspended in the Waubay/Bitter Lake area,” and that law enforcement is, “pursuing other leads at this time.”

Williams would not elaborate on what those “other leads” are, or where the search may shift to.

The Day County Sheriff’s Office, in a statement, says they are asking the public to continue to, “be alert for the vehicle and/or Carpenter.”

Anyone with information on this case should call the Day County Sheriff’s Office at 605-345-3222.