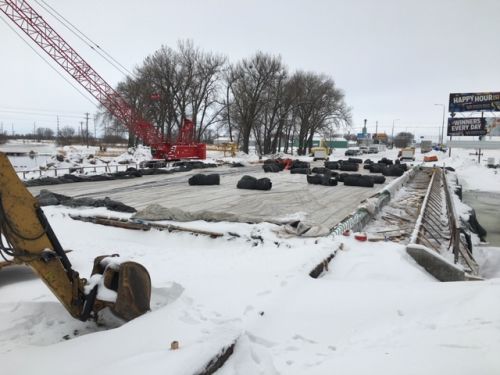 WATERTOWN, S.D.—Construction crews have cleared the last major hurdle in getting U.S. Highway 212 on Watertown’s west side fully reopened to traffic.

So what’s the timeline for getting the bridge reopened to traffic???

This project, which included a total re-build of Highway 212 between Highways 20 and 81–has spanned parts of two years, and three seasons—last summer and fall, and this winter….

Olson says the signal lights at 212 and Broadway will be back up soon….

Olson says the new bridge deck is about five feet wider and ten feet longer than the old one that was removed.