UPDATE: Authorities say remains that are “in question” will be analyzed in the case of missing Watertown woman 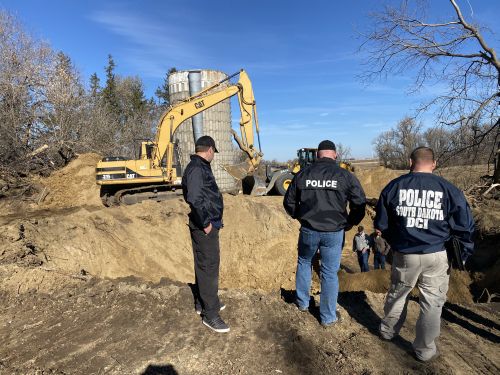 CLEAR LAKE, S.D.–Authorities searching for a Watertown woman missing for 19 years say remains were found Wednesday in an abandoned well on a farm near Clear Lake. But it’s not certain if those remains are those of Pamela Dunn.

Dunn went missing on December 10, 2001 when she failed to show up at her job in Watertown.

In November 2017, authorities searched the well and found human hair, but it was too degraged to obtain any DNA information that would tell them if it was Dunn’s hair.

On Wednesday, investigators from the South Dakota Division of Criminal Investigation, Watertown Police Department and Deuel County Sheriff’s Office were back at that same well, excavating it, looking for more clues.

Deuel County Sheriff Cory Borg says the well was dug out to a depth of 29 feet. He says between the 25 and 29 foot depth, remains were found–some of which were identified as animal remains.

But other remains that are “in question” will be analyzed to determine if they are human or non-human.