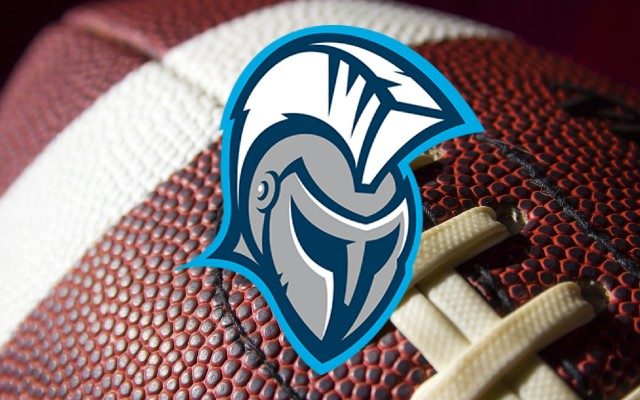 Dakota State routed Presentation (S.D.) 42-0 in the North Star Athletic Association conference contest at Swisher Field, earning their first victory of the season. It was the first time since Oct. 23, 2004 that the Trojans recorded a shutout victory (62-0 home victory over Mayville State, N.D. at Trojan Field).

Guse, 6-foot and 185 lbs. defensive back, was selected to the Defensive Player-of-the-Week in both conference and national levels. He caught two ‘Pick Six’ interceptions for touchdowns in the game. His first ‘Pick Six’ came in the late first quarter, where he returned an interception of 31 yards for a touchdown to give Trojans a 7-0 lead.

The Trojans’ defense held the Saints to 137 total offensive yards in the game.

According to the DakStats-NAIA statistical website as of Monday, Guse leads the nation in total interceptions with two. He also ranks 15th in the NAIA in passes defended per game (1.5) and 19th in total scoring (12 points).

Noah is the son of Soctt and Janel Guse of Madison. He is a junior physical education major at Dakota State.

Nielsen, 6-foot and 180 lbs. kicker/punter, was chosen to the Special Teams Player-of-the-Week for the NSAA and NAIA. He converted all six PAT extra-point kicks in the game. He also recorded nine punts for a total of 402 yards. He averaged 44.7 yards per punt, with three punts being inside the 20-yard line and two touchbacks.

Nielsen recorded a long punt of 57 yards in the third quarter, which resulted PC to start their drive from their own 3-yard line. The Saints were forced to punt, where the Trojans blocked their punt (by Jeb Sanford) and started the drive on PC’s 1-yard line. On the next play, the Trojans scored a touchdown thanks to a 1-yard pass from Torren Devericks to Jacob Hirsch with 1:34 left in the third for a 35-0 lead.

Nielsen registered five kick-offs for 261 total yards (52.2 yards average per kick-off). He had a long kick-off of 65 yards.

Nielsen ranks first in the NAIA in PAT kicking percentage (100 percent) for DSU. He also ranks second in the nation in punt yards per attempt (42.9 yards per punt). He is 15th in the NAIA in total scoring (kicking) with 15 points.

Caleb is the son of David and Colleen Nielsen of Waverly, Neb. He is a junior computer science/math major at Dakota State University.