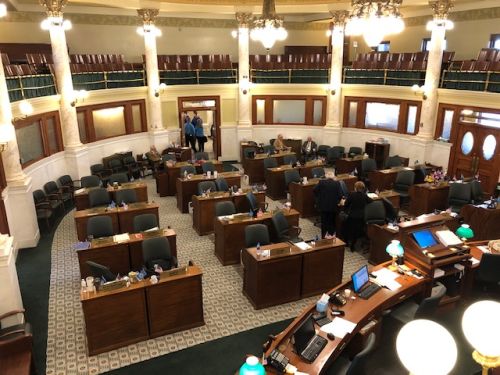 SIOUX FALLS, S.D. (AP) – Two Republican leaders of the South Dakota Senate accused of being drunk on the final day of the 2020 legislative session have apologized for their behavior.

Senate Majority Leader Kris Langer of Dell Rapids and Senate Pro Tempore Brock Greenfield of Clark were accused of being drunk while the Senate was wrapping up last month.

Legislators who were at the Capitol that day testified before a Senate investigative panel Friday that Langer and Greenfield appeared too intoxicated to lead the Senate in the final hours.

The committee voted unanimously to admonish Langer and Greenfield for violating the Legislature’s code of conduct.