Two people injured in hit and run crash in Watertown 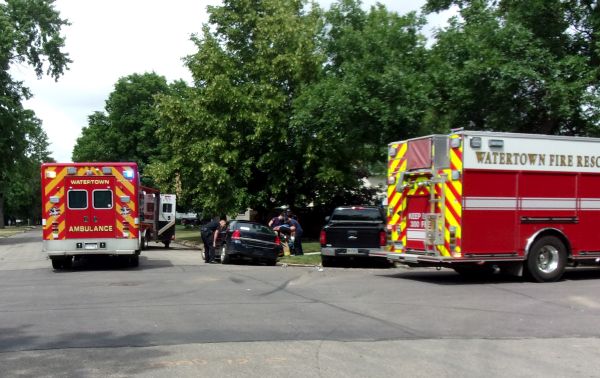 It happened just after 3 p.m. at the intersection of 6th Street Southeast and 2nd Avenue.

A pickup and car collided, and the collision caused the pickup to also crash into a fire hydrant.

The vehicles were driven by 45 year-old Conway Cadotte, and 18 year-old Logan Wheatcraft, both of Watertown.

Cadotte fled the scene on foot after the crash but was tracked down by police. He’s charged with DUI and Felony Hit and Run. He was booked into jail on $5,000 cash only bond.

One male passenger in each vehicle was taken to Prairie Lakes Hospital for treatment of non life-threatening injuries. Their names were not released.