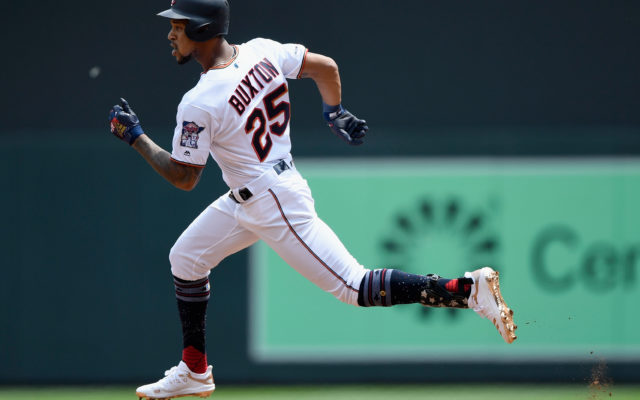 12-1-21
Audio courtesy of the Minnesota Twins

MINNEAPOLIS (AP) — The Minnesota Twins and center fielder Byron Buxton have agreed to a seven-year, $100 million contract, according to a person with knowledge of the deal.

Buxton on why he chose to stay in Minnesota:

Watertown Radio · 120121 Byron Buxton On Staying With The Twins

The Twins have a 118-69 record in the 187 games Buxton has played in over the last three seasons. They’re 92-105 without him. Buxton turns 28 later this month. Buxton has played more than 92 games only once in his seven major league seasons. Buxton broke out at the plate last year with 23 doubles, 19 home runs and a .306 average in just 235 at-bats.