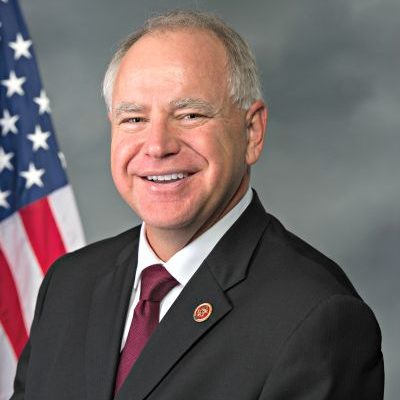 Walz led Minnesota through the COVID-19 pandemic — including lockdowns, school shutdowns and business closures. He also led the state through the unrest that followed the police killing of George Floyd in Minneapolis in 2020. He made his support for abortion rights a centerpiece of his campaign.

Jensen hammered Walz for rising crime, including failing to control damaging protests after Floyd’s death, and for what he called damaging shutdowns during the coronavirus. But he proved vulnerable on abortion, which remains legal in Minnesota. Jensen supported a complete ban early in the campaign, then softened his position after the Supreme Court overturned Roe v. Wade and after Democrats ran countless ads highlighting his stance.

Walz’s victory extends the Democratic Party’s 12-year grip on the governor’s office. The last time a Minnesota Republican won statewide office was in 2006, when Gov. Tim Pawlenty was reelected.

Walz, a former congressman and high school football coach, found ways to work with the divided Minnesota Legislature during his first year as governor in 2019, but his relations with the Senate GOP majority deteriorated over how he used emergency powers to impose pandemic restrictions without legislative approval. By this year’s session, Walz and House Democrats were unable to agree with GOP lawmakers over how to spend most of a $9 billion budget surplus.

Walz made his support for abortion rights a centerpiece of his campaign after the U.S. Supreme Court struck down the Roe v. Wade decision.

Jensen supported a complete abortion ban early in the race, but then softened his position after coming under fire following the high court’s ruling. He eventually said he would accept exceptions for rape, incest and the life or health of the mother. But he argued that abortion wasn’t on the ballot — something Walz strongly disputed — and sought to draw voters’ attention instead to inflation and the rise in crime that followed Floyd’s murder.

He also blamed Walz for a massive $250 million fraud in a food aid program meant to feed schoolchildren during the pandemic, saying his administration missed chances to stop the fraud far sooner.