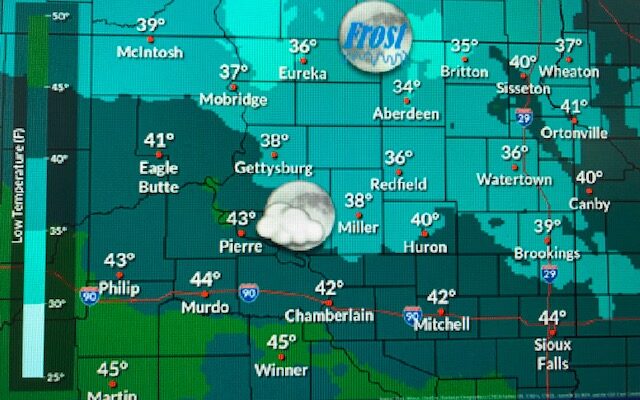 Serr says the talk of frost is coming right on schedule….

This dramatic cool down comes just 24 hours after some places in South Dakota saw record heat, including Sioux Falls, where it was 95 degrees Tuesday, breaking the record high of 93 that had stood since 1910….

Serr says the National Weather Service will be releasing its winter outlook on October 20th.