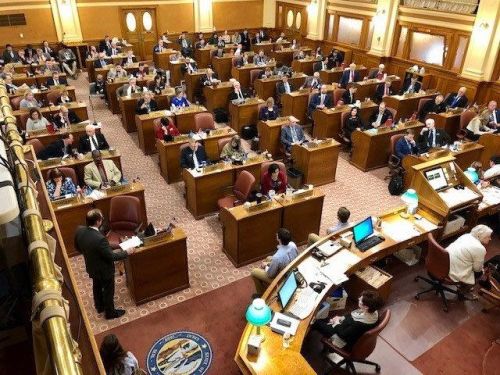 The 70-member House of Representatives will be made up of 63 Republicans and just seven Democrats.

In the 35-member Senate, Republicans will have 31 seats, and Democrats four.

That means the overall makeup of the 105 members Legislature will be 94 Republicans and 11 Democrats.

A handful of races have the potential for a recount, according to the Secretary of State’s Office.

Democrats Linda Duba and Kadyn Wittman both pulled off wins in District 15. But Wittman and Republican Joni Tschetter both received 25% of the vote – with only 97 more votes to Wittman.

Additionally, Incumbent Democrat Representative Oren Lesmeister in District 28A, has a 43 vote lead over challenger Republican Ralph Lyon. Lesmeister has a seat on the House Agriculture Committee.

Candidates requesting a recount must submit a petition to their county auditor within three days following the state canvass. That’s scheduled to convene November 15. Upon the filing of a petition, recounts must be completed within 14 days.