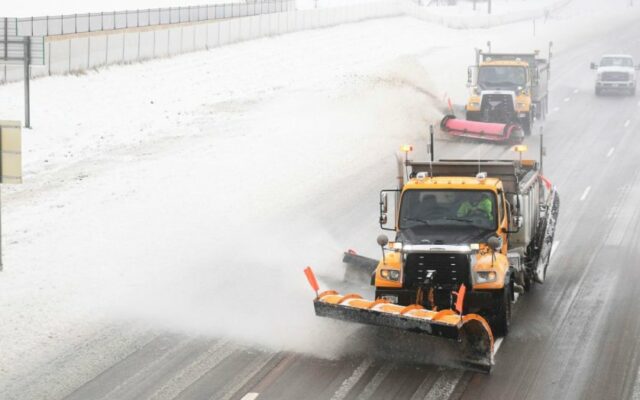 WATERTOWN, S.D.–December has been a busy month for South Dakota DOT snowplow operators.

They’ve been working long days during recent snowstorms and ground blizzards to re-open state highways and interstates that were blown shut by heavy drifting.

Deploying hundreds of plows and the men and women that drive them costs a lot of money, and Governor Kristi Noem tells KWAT News they prepare for that each year…

The governor says the DOT puts in a lot of time studying each storm as it enters the state, so they know exactly where plows will be needed…and when…

Two separate weather events this month have shut down long stretches of Interstates 29 and 90 in South Dakota, and were responsible for closing many state highways and secondary roads as well.