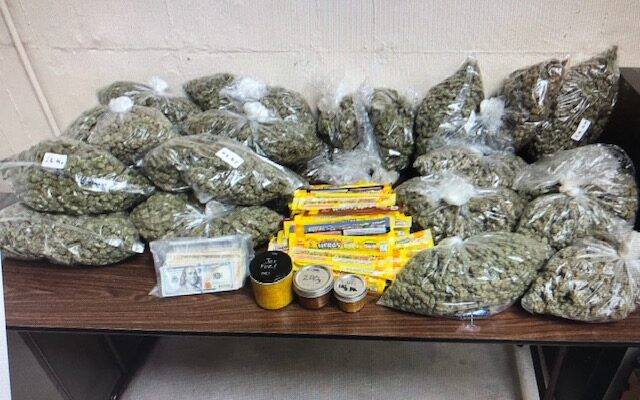 The illegal drugs discovered during the operation have an estimated street value in excess of $100,000.

David James Brown was taken into custody. He faces charges from the Yankton County State’s Attorney’s Office that include Possession of Marijuana (more than ten pounds), Distribution of Marijuana (more than ten Pounds), Possession of Controlled Substance (three counts), Distribution of controlled substance (two counts) and violation of a drug free zone.