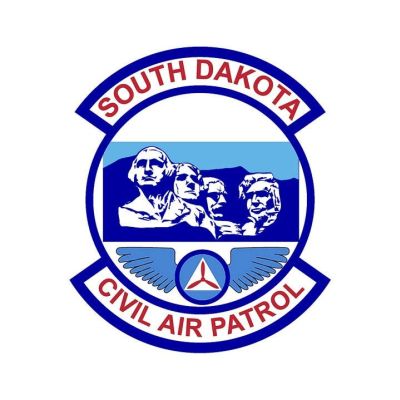 SIOUX FALLS, S.D.  – Civil Air Patrol in South Dakota is assisting Feeding South Dakota (FSD) and other agencies in their efforts to feed South Dakotans who have been snowed in for over a week because of winter storms.

The operational support was approved Tuesday by the Civil Air Patrol National Headquarters.

Three members of the Pierre Composite Squadron as personal volunteers assisted Feeding South Dakota at its Pierre warehouse this week.

“(It was) Awesome!” said Cadet Airman Stuart Smith with the Pierre CAP squadron. “We got almost a full pallet of potatoes bagged.”

“Our ability to continue to operate our hunger relief programs while also meeting the emergency food requests in Central South Dakota relies on volunteer support,” said Lori Dykstra, CEO of Feeding South Dakota. “Having the Civil Air Patrol step up and help us with these efforts has been a great display of how organizations can come together to support our state.”

“This humanitarian effort is one of the reasons Civil Air Patrol exists,” said Lt. Col. Todd Epp, SDWG incident commander for the mission. “We are glad we can assist Feeding South Dakota in their important efforts in providing food security for our fellow citizens on the snow-bound Native American tribal lands and elsewhere.”

If called on, CAP may transport food as directed by FSD, as well as pack food and other supplies. Besides units in Sioux Falls, Tea, Rapid City, and Pierre responding, other CAP members across the state are assisting in administrative roles with the mission.

SDWG, Civil Air Patrol, has nearly 400 members in seven squadrons across the state. It also has a fleet of six Cessna aircraft, a number of vans, as well as unmanned aerial vehicles.