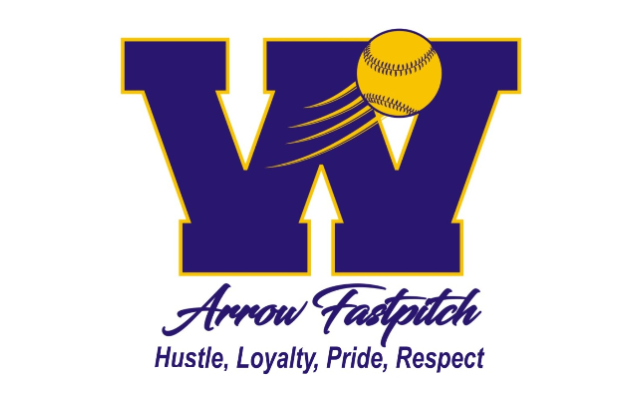 SIOUX FALLS, S.D. (GoWatertown.net) — Watertown Arrow Softball would place second at the ESD Tournament over the weekend in Sioux Falls.

Game one on Saturday would see the purple and gold down Yankton 5-4 in pool play.  Brooklyn Gronau would go 2-3 at the plate with a triple.  Jada Brown earned the W on the hill fanning four.  Watertown would put down five hits in the game.

Brandon Valley would defeat Watertown in game two of the ESD Tournament 3-1.  Brooklyn Gronau struck out three and took the L on the mound.  Lily Pressler had a triple in the game.

In the ESD Championship game, number one Harrisburg would blank the Arrows 10-0.  Watertown was held hitless but took home second place in the tournament.  Brooklyn Gronau would work two innings striking out one.  Jada Brown would finish the game working two innings.

The Arrows would come home Sunday to earn a split of Yankton.

Game one would swing the way of the Gazelles 8-0.  Brooklyn Gronau would fan one on the hill in the loss.  Sarita Stevenson had a double at the plate.

Jade Lund and Lily Pressler’s 3-3 night would help the Arrows to an 8-5 win over Yankton in game two.  Jada Brown would also go 2-2 and earn the W on the hill, striking out one.

Watertown Softball will wrap up the regular season on Tuesday against Sioux Falls Washington on Tuesday, September 21st for a 6 and 7:30 p.m. first pitch.  The 6 p.m. game will be broadcast on New Country KS93.