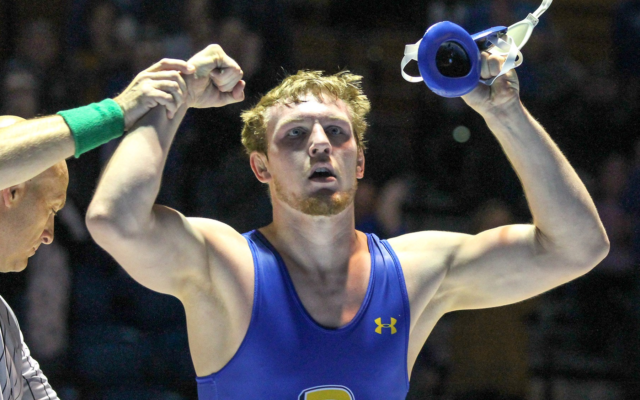 A redshirt freshman from Alburnett, Iowa, Sloan opened the weekend with a 9-0 major decision over Fresno State’s Dominic Kincaid on Feb. 15. The next night, Sloan knocked off 13th-ranked Nathan Traxler of Stanford by a 7-2 decision.

With the two wins, Sloan upped his overall season record to 17-5 and his duals mark to 12-3. He has won 11 of his last 12 matches dating back to late December and jumped in this week’s individual national rankings to as high as ninth by WIN Magazine, along with rankings of 10th (Intermat) and 12th (FloWrestling, TrackWrestling).

Sloan is the second SDSU wrestler to receive the weekly conference award this season, joining 149-pounder Henry Pohlmeyer on Jan. 14.

Sloan and the Jackrabbits close out the dual season Friday night by hosting North Dakota State. Start time is set for 7 p.m. at Frost Arena.