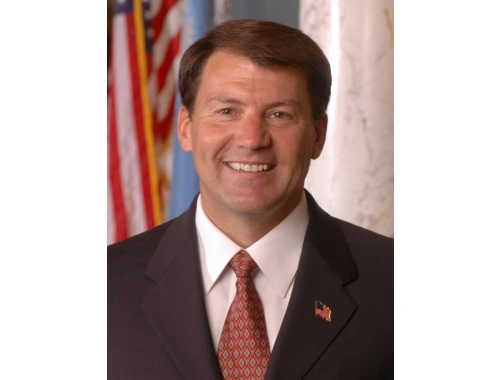 PIERRE, S.D. (AP) – Senator Mike Rounds announced he is seeking re-election after a period of uncertainty as his wife underwent cancer treatment in recent months.

The first-term Republican from South Dakota made the announcement the day after voting to acquit President Donald Trump of impeachment charges.

He will face a state representative in the Republican primary.

South Dakota Rep. Scyller Borglum is running against Rounds and has tried to position herself as more right-wing than Rounds, who holds a huge cash advantage over Borglum.

In a news release, Rounds said,  “I’ve worked to put the needs of South Dakotans first by responding to over 147,000 citizen messages. Many of our legislative proposals came from input from our citizens, and I’m proud to report that we’ve had over 30 legislative proposals signed into law. I’ve also worked closely with President Trump and my colleagues in the Senate to lower taxes, reduce burdensome regulations, grow the economy, enact better trade deals for our farmers and rebuild our military after years of underfunding.”

“South Dakotans also know the importance of faith and family. In 2019, our family went through one of our toughest challenges, as Jean was diagnosed with a malignant tumor. Thanks to her team of doctors and the prayers and support from throughout South Dakota, we are in the final steps of her cancer treatment and optimistic about her prognosis.”

“We’ve always felt that South Dakota was one big community – regardless of political persuasion – and we can’t thank South Dakotans enough for being there for us during this incredibly difficult period in our lives.”

“Now is the right time to officially announce I am seeking re-election to the United States Senate. South Dakotans sent me to Washington to bring South Dakota values to a broken federal government. It’s been an honor to work for and serve South Dakota; I’m proud of what we’ve been able to accomplish together. But there is more work to be done. I’m looking forward to building on our successes to accomplish even more for South Dakota in the years ahead.”