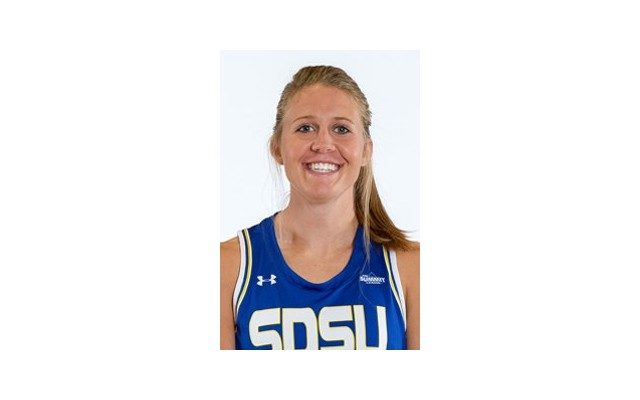 HOPEWELL, N.J. (GoJacks.com) – South Dakota State forward Myah Selland has been named a semifinalist for the Becky Hammon Mid-Major Player of the Year presented by Her Hoop Stats.

Selland is averaging a Summit League-best 19.2 points per game. Additionally, she paces the Jackrabbits with 6.9 rebounds, 3.6 assists and 1.4 steals per game. She has scored at least 15 points in every game this season and has tallied 20-plus points in five contests. Nationally, she ranks 18th in free throws made (81) and 27th in total points (326). Selland has registered five double-doubles this season. The Letcher native ranks 35th for South Dakota State all-time with 1,102 career points.

Currently ranked 23rd in the Associated Press poll, SDSU travels to Oral Roberts for games Saturday and Sunday. Tipoff is set for 2 p.m. each day at the Mabee Center in Tulsa, Oklahoma.